The International Monetary Fund and cost-estimating websiteHowMuch.net have listed Morocco among the countries that hold the largest stashes of foreign currency in the world. Morocco’s foreign reserves are estimated at USD 24.7 billion.

Foreign exchange reserves are the foreign currencies that a country’s central bank holds. They also indicate the economic “health” of a country, according to HowMuch.net:

“They provide policymakers with a tool to control inflation, ensure the continual flow of imported goods into the country, and generally provide a sense of security in uncertain economic climates.”

Albeit not in the top 10 countries with largest foreign currency reserves, Morocco’s reserves are worth USD 24.7 billion, compared to Hungary’s USD 28 billion, Bulgaria’s USD 25 billion, and Egypt’s 20.1 billion in reserves. 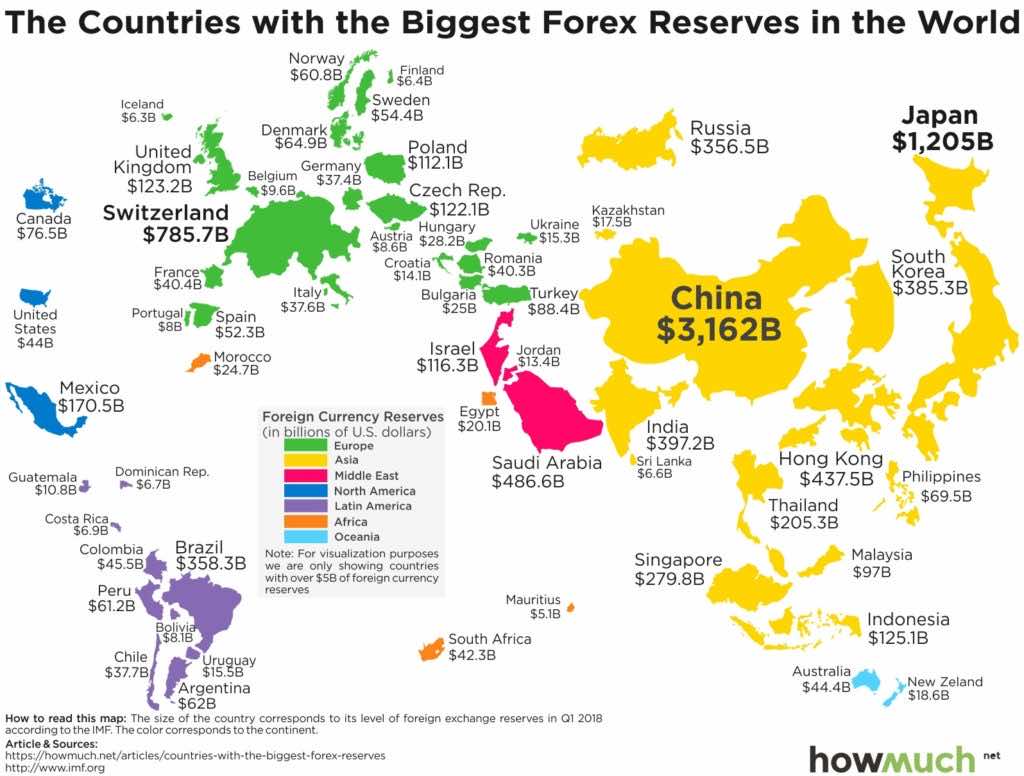 The top 10 countries with the biggest foreign currency reserves include:

The survey excluded countries with less than USD 5 billion in reserves from the world economy data.

Continents with the highest reserves:

Asia is the leading continent in terms of largest foreign currency reserves owing to China, Japan and Saudi Arabia’s large oil exports, in addition to other natural resources such as gas, iron ore, gold, and copper.

According to the Organization of the Petroleum Exporting Countries (OPEC), Saudi Arabia ranks as the largest petroleum exporter as it possesses around 18 percent of the world’s petroleum reserves.

Meanwhile, only four African countries made it onto the map of countries with the largest reserves: Morocco, Egypt, South Africa, and Mauritius.