Posted by: Space In Africa

A government cooperation agreement in space science, technology and applications was signed on 19 September 2018 between Algeria and India in Bangalore, India.

It should be recalled that in September 2006, the two parties had signed a Memorandum of Understanding on Training Cooperation, which allowed 20 Algerian engineers to benefit from master’s courses in space applications and advanced training in the field of training. space telecommunications and geoinformation. 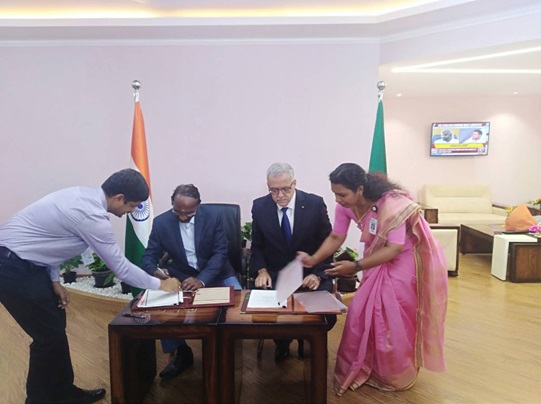 This cooperation also enabled the successful launch of Algerian satellites ALSAT-2A on July 10, 2010 and Alsat-1B, Alsat-2B and Alsat 1N on September 26, 2016 and the participation of Algerian engineers in satellite preparation operations at launch as well. than in the launch campaign.

This agreement is the result of long discussions and aims to extend cooperation to more complex areas, in line with the experience of our engineers.

Finally, the Algerian delegation paid a visit to the space technology infrastructures in Bangalore.