Sener completed the first synchronization of the Noor III plant to the Moroccan grid in August.

“With these milestones, Sener starts the last phase before the plant’s commercial operation and final delivery to the client” by the end of 2018, Sener wrote in a statement Wednesday, September 26.

Noor III is a 150 megawatt thermal tower plant which spans 750 hectares and is expected to supply 500 gigawatt hours per year.

Noor III plant is part of the Noor project in the Sahara desert, 10 kilometers northeast of Ouarzazate, in central Morocco.

Raisuni reaffirmed that “Noor Ouarzazate III synchronization is the last milestone before delivering the plant to ACWA and MASEN. With its visionary investment in solar power, MASEN has secured a clean, sustainable and manageable power supply for Morocco, while developing the national industry in a cutting-edge sector as CSP.”

The Moroccan Agency for Solar Energy (MASEN) has been managing the solar complex project along with ACWA Power, as part of Morocco’s Noor Solar Plan, the leading solar energy project in the MENA region.

The Noor project has three phases and four parts: Noor I, Noor II, Noor III, and Noor IV. Noor CSP plants can store solar energy in the form of heated molten salt which will allow the plants to produce electricity into the night.

The central receiver with the molten salt storage system will allow Noor III to supply clean energy to 120,000 households and save 130,000 tons of CO2 per year.

According to Power Technology, both Noor II and Noor III plants will help offset 533,000 tons of CO2 emissions per year.

“The high performance of this technology … allows to manage the solar energy in absence of solar radiation and respond to the grid’s demand,” reads Sener’s statement.

The molten salt storage enables Noor III to produce electricity for 7.5 hours without the sun. Noor III “is composed of a solar field of 7,400 heliostats HE54 that point the Sun radiation towards a receiver located on the top of the tower, at a height of 250 m.”

The HE54 heliostat was designed and patented by Sener. It has a greater reflective surface of 178.5 square meters with a precise solar hydraulic tracker system.

Heliostat is an apparatus containing a movable mirror, used to reflect sunlight toward a predetermined direction. 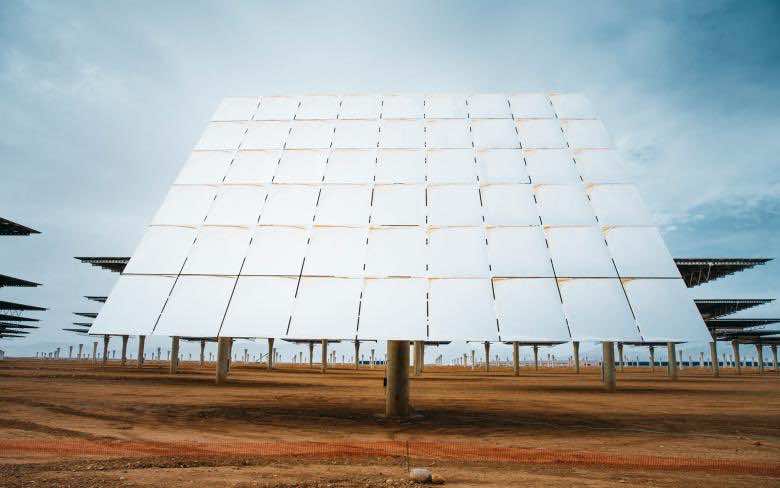 Sener was founded in 1956 and has more than 2,500 professionals in its centers in Europe, Asia, the Americas, and Africa.

Sener has been involved in 29 solar plants in Spain, the US, South Africa, and Morocco. Sener’s solar plants have an installed capacity of more than 2,000 megawatts and more than 1 million tons of CO2 emissions a year.